TO DISCOVER THE WINNER REGISTER NOW TO THE CTUC, AWARDS CONFERENCE AND AWARDS DINNER

FOCUS ON THE MAJOR PROJECT OF THE YEAR (OVER 500€M)

In today’s increasingly global and interconnected world, mega-cities have nearly tripled since 1990 and Asia is urbanizing faster than the other regions and is projected to become 64 per cent urban, by 2050. In the same time, the need for efficient and sustainable infrastructures has exploded. Underground construction is at the roots of this future urban development. Innovative projects are born to reshape the face of the city of tomorrow but the main need still concerns major infrastructures,

Since 2015, the international competition “the ITA Tunnelling Awards” seeks and rewards the most ground-breaking innovation and outstanding projects in tunnelling and underground space utilization.

2018 edition will take place on 5-7 November, in Chuzhou-Nanjing during the 20th Tunnel and Underground Works Annual conference (CTUC).

The 2018 edition of the ITA Tunnelling Awards shortlisted 4 finalists for the “Major Project of the Year” category and they are all mega-projects dedicated to a build better cities in terms of transportation, housing and sustainable development.

This project is, today, China’s largest scale water diversion project to date. The objective of this tunnel is to bring water from Di’er Songhua River to Jilin Province, which suffers from chronic drought. The 736kms tunnel would also divert 148M cubic meters of water each year. Mainly used for agriculture in this arid area, this mega water project would save some 283M cubic meters from excessive depletion of local underground sources. More than 10M people will have access to this water, in towns and villages.

It has taken three years to build this enormous tunnel. The team accomplished some important performances in complex boring conditions, reaching a monthly boring average of 708,3m since March 2015, achieving national record of 1423,5m bored in one month – only 50m less than the world Record with TBMs between 7 and 8 meters.

With the aim to make traffic circulation easier between Honk-Kong and Shenzhen, this project’s objective was to build a 5,4km long dual two-lane trunk road, in two sections of 2.8km and 2km, giving a faster access to speedways between the two cities, and considerably reducing congestion in the streets of Hong-Kong. The tunnel will also reduce travelling time between Shenzhen and Hong-Kong, allowing for increased economic development in the region, thanks to better connected infrastructures.

The tunnel has been bored in 5 years, and has been a real technical success, by creating the longest road tunnel in Hong-Kong, with a section using the city’s largest Earth Pressure Balanced (EPB) TBM with a diameter of 14,1m. The team has also successfully managed a TBM turn around in three months, inside a 23m high, 27m span, and 40m long cavern; and a tunnel enlargement from 14m to 23m by demolishing the segmental lining of the pilot tunnel.

It has taken 8 years to create this 6.7 km tunnel, immersed on 5.6 km, connecting the cities of Hong-Kong, Zhuhai and Macao. The tunnel was assembled with 33 elementsof 180m in length, 11,4m in height and 37,95m in width, for a weight of 80.000 tons. Those are the world’s largest tunnel elements. Artificial islands have been created at the both ends of the tunnel to connect it to the bridges. This bridge link is 45m under the sea, to allow passage of 300,000 DWT tankers. This is one of the deepest immersed tunnels in the world.

Some innovative techniques have been used to build this tunnel. Due to delicate geological conditions, the foundations of the immersed tunnel have been mixed between rigid and soft ones. This resulted in the use of Pre-stressed High Strength Concrete piles, Jet grouting piles, Sand Compaction Piles, Compacted Block Stone plus Gravel Bed Foundation to create optimum foundation conditions. This is also the first tunnel in the world where curved tunnel elements have been prefabricated, improving many technologies to measure what size was necessary.To conclude, the final section of the immersed tunnel, the so-called closure joint is an innovation in a “V shape” and of a sandwich structure (steel box structure filled with high fluid concrete) as the basic structure.

In the aim to reduce the freight train time between China and Europe, the Lanzhou-Chongqing Railway Company contracted the China Railway Tunnel Group to build two tubes of single track tunnel, each running 28,3km, and allowing a 200km/h running speed. It took 8 years to construct the twin tube tunnel for this railway which is a key part of the rail traffic between Europe and China. Connecting the railroads of Lanzhou and Chongqing will considerably reduce the travel time (about one day), allowing for faster economic development in the region.

Construction of this tunnel was a technical challenge. The region suffers from huge geological hazards, with high geo-stress and high geo-temperature,water inrush and collapse. In spite of having to adapt the scheme of the tunnels according to these geological conditions, they still managed to set the world record of continuous boring: 843m each month, 235m each week and 42m each day. 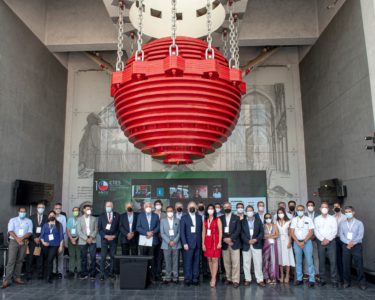 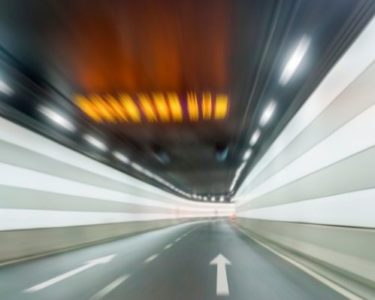 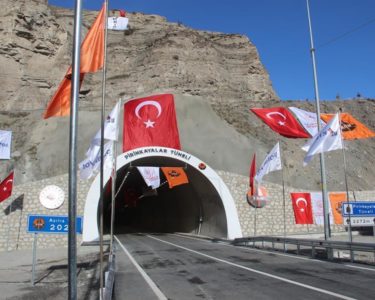